Just added to your cart

Adding product to your cart

What chakra is Aventurine good for?
Heart chakra
Aventurine is the great healer of both the heart chakra and the solar plexus and clears blockages of energy from this chakra, which means that it regulates our ability to communicate and form emotional bonds with others 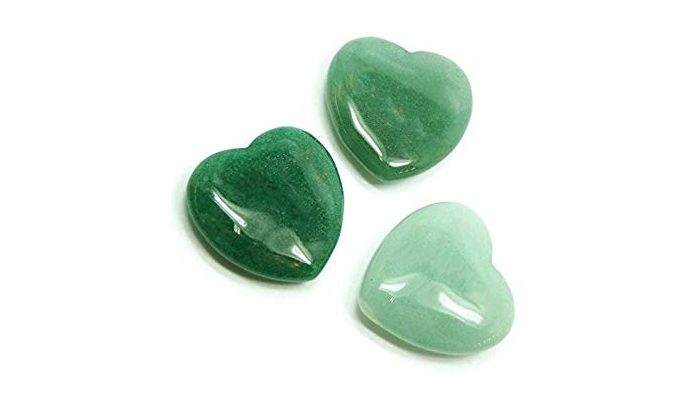 This stone is especially common in the Urals. But even in Germany there are some, in few, sites. Further occurrences are in India and Austria. In addition, the healing stone is at home in Brazil, South Africa and Zimbabwe.

The quartz, which belongs to the mineral class of oxides, arises in its typical way through the inclusions, which make it shine and sparkle.

If the deposit consists of fuchsite, the stone appears green (this is the most common form), the inclusions are predominantly crocidolite or rutile, it is then a bluish shimmering stone.

Even red variants are possible that have been acquired by hematite. In today’s text, we are going to learn more about this powerful stone and its healing properties.

Not much is known about the history of the stone. However, a stone was created near the city of Venice at the beginning of the 18th century, which was named after the quartz.

At the end of the 19th century, a similar aventurine glass was made, which once again had almost the same appearance with iron and copper, and is very popular for making various articles of it, such as buttons.

Occasionally, even in glassblowing mica flakes are incorporated to imitate the effect of the stone.

However, the glass could not be produced in green for a long time – this was first achieved in 1865 by a Frenchman who added chrome to the glass. With a similar appearance, there is a so-called Aventurine paint, which is common in Japan especially.

The hardness of the stone is given as 7, with 10 being the highest known level. The density is 2.6; a split is not possible. The color of the line, that is, the color left behind when driving along with the stone on unfired porcelain, is white, as with many precious stones. The aventurine is not transparent and has a glassy to fatty shine.

Above all, the green variants of the stone are known, and fascinate us again and again by their glittering inclusions.

This stone of prosperity is a type of quartz that has many colors. The most common are blue aventurine and especially green. However, there are also aventurines or aventurines of golden, brown, red and gold or golden hue.